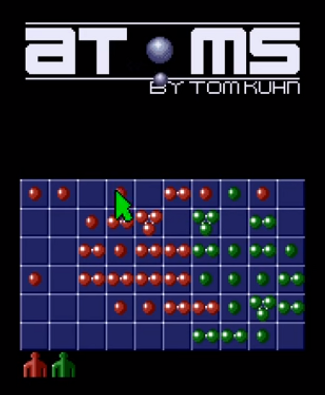 Earlier this year, one of my cousins reminded me about a game that we used to play on my old Amiga 500. The name of this game was “Atoms”, and it was a simple but somewhat addictive game created by Tom Kuhn that was given away on the coverdisk of an issue of the Amiga Format magazine back in 1993 (and based on an old 1989 Atari game of the same name).